Perspectives from Ambassador Suk-Bum Park at Coffee with the Conuls – South Korea: 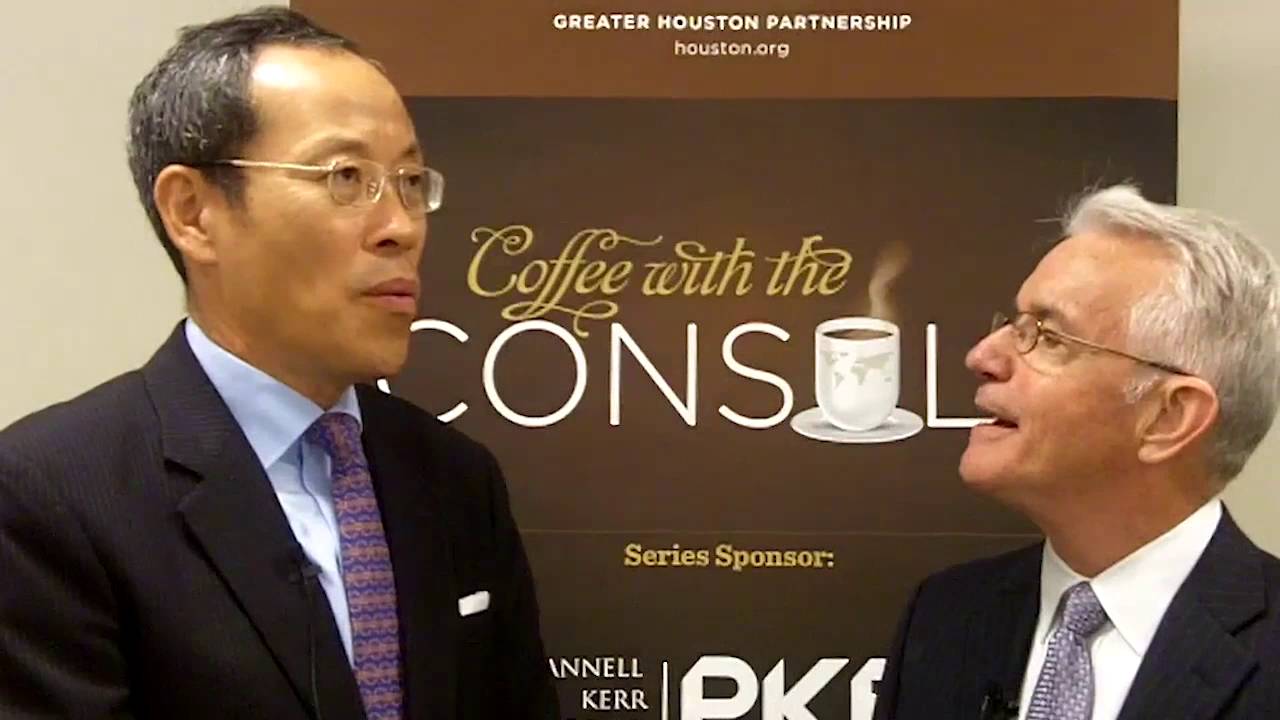 Russ: This is PKF Texas’ Entrepreneur’s Playbook. We’re at Coffee with the Consuls, focused on South Korea, and I’m here with Ambassador Suk-bum Park, who heads up the Consul General’s Office here in Houston. Ambassador Park, welcome to the Playbook.

Ambassador Park: Thank you very much for inviting me to this Playbook. I’m very much honored to be here, thanks to your invitation.

Russ: Okay. Now you are Consul General here in the office, but we call you Ambassador, because prior to this mission, you were Korea’s ambassador to Iraq.

Ambassador Park: As well as Bangladesh.

Russ: As well as Bangladesh. Well, what is it like now, to be representing Korea in the United States in Houston, compared to those very unique international locations?

Russ: So we’re talking about the Free Trade Agreement, which means it’s gonna be even smoother to do business with each other.

Ambassador Park: Absolutely. Absolutely. I’m very much proud of this ______, mainly because I was a part of the negotiation team in 2006 and 2007, which brought me to United States several times to conduct negotiation with partners of USTR and other agencies of the United States and our effort didn’t make result at the time, but I am very happy to come to the Houston at the right moment of the entering the for update agreement.

Russ: Great. Well, and the agreement, what it does, is it eliminates some of the cost in doing business, actually, right?

Ambassador Park: Absolutely. Yes. When you trade with foreign countries, there are two type of cost: one is tariff; the other one is non-tariff barriers.

Ambassador Park: FTA is basically removing these two barriers and to make the road flat and easy for trade and for other exchanges.

Russ: Okay, great. Now, as our audience might know from Coffee with the Consuls, I’ve just sat through about a two-hour session with you and learned a lot about Korea. One of the things that I thought was most fascinating is this, you shared this perspective that maybe Korea feels under-appreciated with the United States in an international commerce, and I have to tell you, Ambassador Park, after seeing a presentation, I think I agree. Share your perspective on that.

Ambassador Park: Well, you know, Samsung and Hyundai has become a household name, even in the United States. But, you know, at the same time, I have seen report the other day that many American customers, they buy Samsung and Hyundai product without knowing that they are produced in South Korea. That’s one example. And another example is that I’ve seen that recently in the Houston Chronicle that they are introducing how the different automakers are making their progress in terms of sales recent days, and they cited Nissan, a Korean brand, and has made a big increase in sales but actually Nissan means, “made in Japan”.

Ambassador Park: In Japanese language but many Houstonians, many Americans, didn’t make difference, Nissan or Hyundai, you know, which is good, because we are now in a globalized world –

Ambassador Park: – the nationality of product is not any more big issues than in a journalistic jargons, but we need to know, however, that Korea is more industrialized, developing more product worldwide, than you might have thought.

Russ: Are you saying Nissan is made in Korea?

Ambassador Park: No, I mean, that was according to Houston Chronicle report.

Russ: Oh, they made a mistake.

Ambassador Park: They made a mistake but it is very common mistake.

Ambassador Park: That confuse the nationality of product –

Russ: Okay. So the large companies that are Korean-based that are doing business here are Samsung, Hyundai, Kia, and more. Right?

Russ: And do Korean companies aspire to do business in United States?

Ambassador Park: Since the rise of the China in late 1990s and since 2000, the rate of increase of trade with China has exceeded the rate of increase of trade with Japan and United States, which is considered as old partners. But nowadays, especially since Korea-US FTA, we see a new trend that the trade volume with the United States is increasing and sometimes surpassing the trade volume between Korea and China. Why? How come? That’s a question we need to deal with. I think there is primo due to the FTA agreement which has entered into first between two countries and second, though, it is due to the energy boom, the shale boom in the United States, which create, you know, game change in many sectors of economies.

Russ: Okay, so the Free Trade Agreement is probably gonna open up significant exporting of U.S. shale oil and gas to Korea –

Ambassador Park: And Korea was able to sign a contract with Shanery Gas –

Ambassador Park: – from operating in Sabine Pass, thanks to the status, Korea’s status, as FTA partners of United States.

Ambassador Park: So other countries having no such state is still in the waiting lines.

Russ: Right. Really interesting. Okay, so we’ve been talking here for five minutes and your neighbor, North Korea, hasn’t popped up at all. In the U.S., we see news about North Korea all the time. Is it really a nuisance for South Korea?

Ambassador Park: It’s a nuisance for South Korea. It’s a nuisance for United States, nuisance for global society. As I mentioned during the program, I think it is inappropriate, unjustified, to get the monopoly of attention, you know, the North Korean related news. The basic North Korean tactic is just to grab the attention of the world media and threat to get more concessions from the partners like us or partners like United States. And we have done that before. It’s a déjà vu.

Ambassador Park: So we are not going to be a victim once again of such the game and we know how to deal with North Korea now. So we considerably improved our stance vis-à-vis North Korea and we will have a better outcome this time.

Russ: Great, so all we have to do is calm down the media on their coverage, right?

Ambassador Park: That will help, I think.

Russ: Yeah, and just so you know, The BusinessMakers has never said anything nice about North Korea or bad. We’re loyal to you.

Russ: All right, great. Ambassador Park, I really appreciate you sharing your story with us and I look forward for our countries to do lots of good business together.

Ambassador Park: Thank you very much.

Russ: You bet. That’s Ambassador Suk-bum Park and this has been another Thought Leader Production, brought to you by PKF Texas, the Entrepreneur’s Playbook. Tune in next week for another chapter.