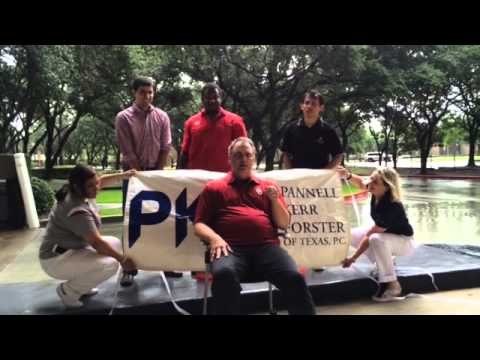 In the first challenge to our firm, PKF Texas President Kenneth Guidry named Director Del Walker among others before Kenneth and 5 Directors took 5 gallons over their heads. Although Del had already made a donation to answer that challenge, he wanted to up the ante and get serious about the cause being benefited: he challenged our PKF Texas team members to raise a serious figure for ALS, and in addition to his own donation, he would get doused by three buckets! The top three donors had the  pleasure of wielding these themselves. After all pledges have been collected, we’re proud that our team members will have raised a total of $6,541 as a firm for the ALS Association Texas Chapter.