An operating reserve is an unrestricted and relatively liquid portion of a not-for-profit’s net assets. Securing this reserve for use in emergencies or simply when your budget falls short is critical to your organization’s security and long-term survival. 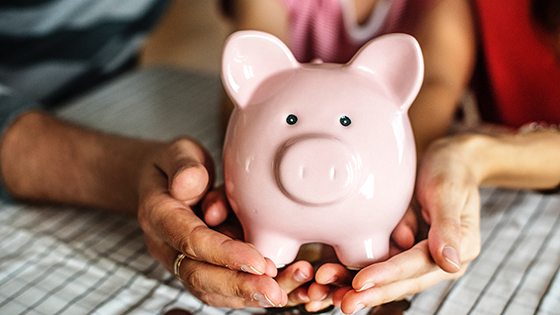 Long-Term Effort
Building an adequate operating reserve takes time and should be regarded as a continuous project. Your board of directors needs to determine your not-for-profit’s policy on building an operating reserve, the desired fund amount and the circumstances under which it can be drawn down.

Reserve funds can come from unrestricted contributions, investment income and planned surpluses. Many boards designate a portion of their organizations’ unrestricted net assets as an operating reserve.

On the other hand, funds that shouldn’t be considered part of an operating reserve include endowments and temporarily restricted funds. Net assets tied up in illiquid fixed assets used in operations, such as your buildings and equipment, generally don’t qualify either.

The Right Amount
Determining how much should be in your operating reserve depends on your organization and its operations. Generally, if you depend heavily on only a few funders or government grants, your not-for-profit would benefit from a larger reserve. Likewise, if personnel costs make up a significant part of your expense budget, your organization could use the cushion a healthy operating reserve provides. On the other hand, there are not-for-profits that need less in reserve — for example, those with diverse funding.

Three months of reserves is typically considered a minimum accumulation. Six months of reserves provides greater security. A three-to-six month reserve would enable your organization to continue its operations for a relatively brief transition in operations or funding. Or, in the worst-case scenario, it would allow for an orderly winding up of affairs.

An operating reserve of more than six months provides greater flexibility. For example, it might give your not-for-profit funds to pursue a new program initiative that’s not fully funded, or to leverage debt funding for needed facilities or equipment. Note, however, that it may be a mistake to accumulate more than a year’s worth of expenses in reserve, unless it’s designated by your board for specific purposes. Donors and community members want to see not-for-profits put funds to work, not hoard them.

Consider All Factors
As your not-for-profit establishes its operating reserve, it’s important to consider all factors that affect your organization’s finances. What’s right for one organization might not be right for another.