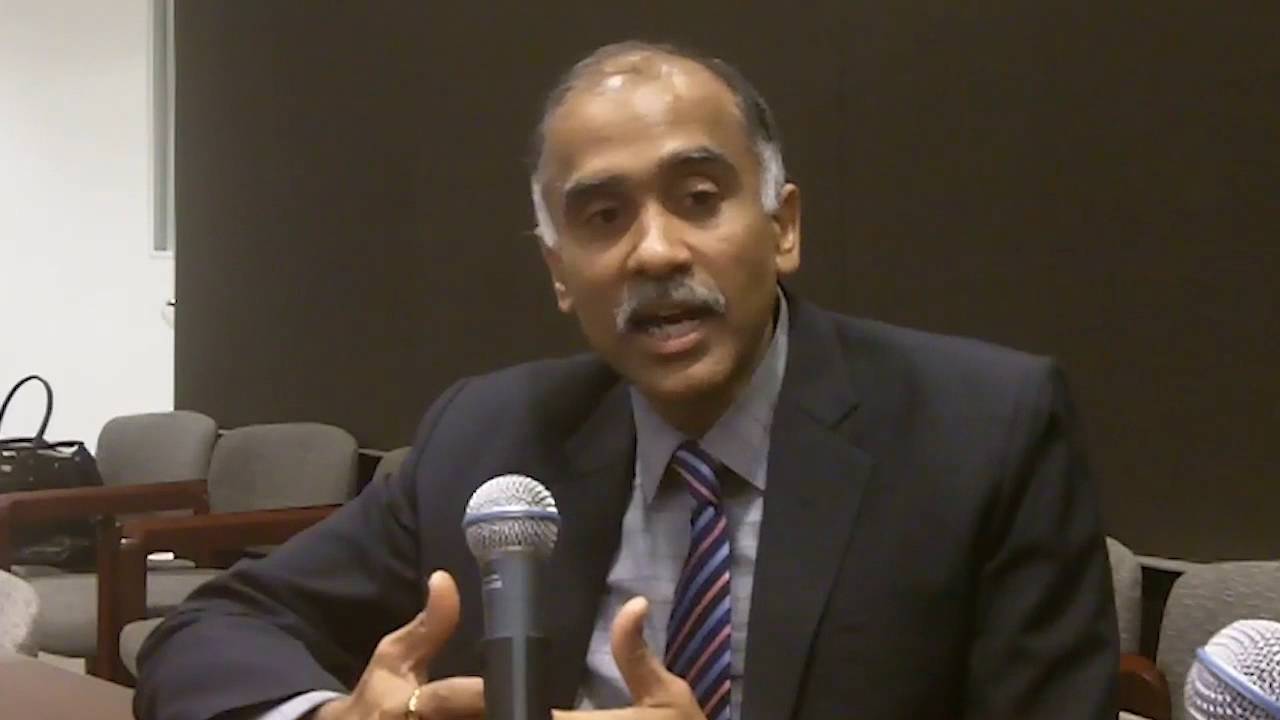 Consul General: Yes. Look at the relationship. I think over the last six decades, many Indians have made US home. We have had a strategic relationship evolving over the last ten years. A hundred thousand students study in the US, and we have a three million strong Indian-American community. Bilateral trade is $105 billion in goods and services last year. We have investments in each other. I think our strategic partnership is a partnership between countries, but more importantly, between peoples.

Russ: I totally agree. It’s so interesting to me. You know, here on the show, we’re champions of innovation, capitalism, and entrepreneurship, but it’s just extra special, it seems like particularly in the technology sector. What do you think causes that?

Consul General: Russ, Indian information technology companies have taken off in a big way since the reform program began in the early ’90s. Many of them have operations in the US, and US is a significant geography for their business operations. I think they have created over the last years over 280,000 direct and indirect jobs. They have contributed to the US Treasury, and they have been, I think, a great force multiplier for building close economic engagement between our two countries and peoples.

Russ: Well, and obviously, it’s sort of worked both ways, too, because there’s this – there’s this huge sort of technology information outsourcing that takes place where there are huge companies in India today providing service to American citizens. It happens in other countries, but not nearly the magnitude that it does with India.

Consul General: Yes, Russ. I think if you look at our GDP, 55 percent of our GDP is accounted for by services. Services are an important component of our GDP. And these companies have now gone beyond the stage of wage arbitrage. They actually contribute to business processes and to the core businesses of companies that they partner with. So I think the Indian IT space has been an important element of the bilateral economic engagement with the US.

Russ: And I’m also aware now, particularly because I heard you speak just earlier today, that the relationship is probably going to benefit significantly from the standpoint of the significant transformation of the energy industry in the United States because today, India still imports a significant amount of your energy, and I understand there’s already agreements in place for L&G between the two countries. I assume you’re very pleased that the United States has had that success.

Consul General: Russ, we are very pleased that the shale revolution is taking place in the US. For us, 75 percent of our hydrocarbon requirements are imported, but especially what we notice while oil is fungible in the world at large, gas is not. So we are unfairly burdened with the so-called Asian premium. For us, the cost of gas is $16.00, and you’re aware in the US the Henry Here price for gas is probably three and a half, $4.00. So there is a lot of demand, but are the high prices of gas in Asia, a lot of this demand is suppressed. So the entry of US into the global L&G market is a boon for most countries in Asia, especially to India. I think we are heartened by the fact that the Department of Energy has given its authorization for export of L&G to India, which is a non-free trade agreement country with the US.

We look forward to the first shipments of L&G from the US going to India by early 2017, and this has the potential to transform energy engagement, and the larger L&G market and the market dynamics in Asia. I think all of us really have to thank the entrepreneurs and the technologists who have made this possible besides unlocking oil and gas from shale. They have also in a significant manner impacted the dynamics of the market at a global level, and especially so in Asia.

Russ: Thank you for noticing it, and thank you for benefiting from it. You know, I can’t help but think now that one reason our countries have integrated so successfully is a couple of comments that you made earlier in the day. Number one, we were both colonies of the British empire, and then as you also pointed out, Chapter 2 about the Tea Party, tell us that one.

Consul General: I think as I mentioned, when India was a British colony, I think most of the products and commodities grown in India were integrated as part of the commercial dealings of the empire. So tea was, for example, grown in India, and it was traded elsewhere. Cotton, which was grown in India, was being used by the mills in England. So I think we have not fully benefited from that era of globalization because the dynamics of that globalization process were deeply iniquitous. So India suffered many famines in that era, and millions of people lost their lives as a result of this. So I think this era of globalization in contrast is one where everybody has an equal stake, and where there is an opportunity for people from around the world to take part in these processes of globalization and benefit and see how best they can better their lives.

So these two situations are situations of complete contrast. And they hold instructive lessons for those who study history.

Russ: Absolutely. And as you pointed out, the tea that was put in the Boston Tea Party was from India.

Consul General: Yeah, I think India was a source for the merchants of the British empire who were sourcing the tea.

Russ: Well thank you very much, Parvathaneni, for sharing that with us.

Russ: You bet. This has been another Thought Leader production, brought to you by PKF Texas Entrepreneur’s Playbook. Tune in next week for another chapter.