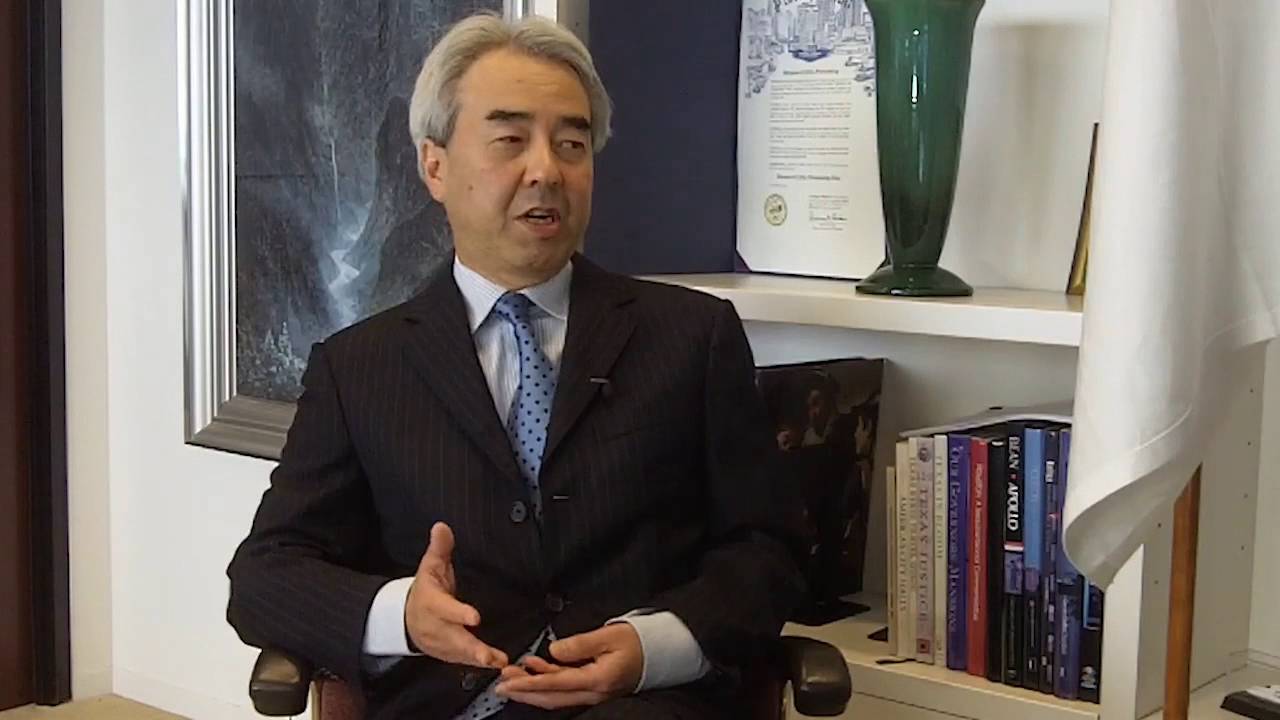 Russ: This is PKF Texas Entrepreneur’s Playbook. I’m Russ Capper, this week’s guest host and I’m here with the honorable Nozomu Takaoka, Consul General of Japan, who is taking part in Coffee with the Consuls. Welcome to the Playbook Mr. Takaoka.

Nozomu: Thank you very much for having me, I’m very honored.

Russ: Well how long have you been in Houston now?

Russ: Okay, you are quite new; what’s your first impression?

Nozomu: It’s great; Houston is a great city and I’m very happy to be here because, you know, the, uh, Japan/U.S. relations we have a very big momentum going on and I’m really happy to share it.

Russ: Okay, in your words describe the relationship – at this stage, 2014 – between the United States and Japan.

Nozomu: We have a great momentum because it is very important for Japan, and I believe for the United States to strengths our barter relation collaborations, especially if you think about in the Texas is really a hub on this subject. Because we have what, a situation like Ukraine; so what is important is that the free market Democracies will be less dependent upon Middle East and Russia for energy and the U.S. and actually Texas is key to this for obvious reasons, yeah.

Russ: So when you look at the energy situation from a global perspective, the sort of challenge that Japan is in, particularly now to try to even strengthen energy relationships with the United States, is a lot of that discussion taking place right here in Houston, Texas?

Nozomu: Right here in Houston, Texas yes of course. And so about this global perspective, I was kind of fortunate to be here because immediately before my arrival last October – I mean last year May last year, the first ever approval by the United States government to allow – permit energy export natural gas export to Japan was actually given and after that already 4 major projects. So, that’s very nice and it just happened before Ukraine, you see?

Nozomu: Because now people are wondering United States and I think it’s a healthy discussion, you can decide by yourself but I’m sure the Democratic partners in Europe would very much appreciate if U.S. energy export will take place into.

Russ: Okay, and you’re encouraging the United States to export energy to these Democratic countries?

Nozomu: Yeah I’m working for Japan so I’m encouraging it for Japan. And I think our European friends will agree.

Russ: I think there’s a lot of people here that agree with you as well, that’s neat.

Nozomu: Yeah, yeah, and as well because Houston is the world energy capital, so a lot of Japanese companies are moving their headquarters actually from New York because before they have from New York, but it’s much, much more efficient to do business here, so major Japanese trading houses, they are – are shifting the parts now and the positions – the high up positions – to Houston from New York.

Russ: Obviously after Fukushima and shutting down nuclear so how do you supply your country with energy these days?

Nozomu: Yeah, that’s a big agenda for us because before Fukushima Japanese energy 30% was dependent upon nuclear power station.

Nozomu: 30%, and now it’s almost zero. We have what 54 nuclear power stations in Japan out of which 6 was in Fukushima they are now totally shut down and the others are temporarily shut down as well, so there is none working in Japan at this moment.

Russ: Wow. So, when you say that the others are temporarily shut down – the plan is to restart them?

Nozomu: Yeah, for this, we are needing a national consensus and we need, you know to strengthen safety standards and what we have done – I mean the Japanese government after Fukushima was set more strict – actually world’s most toughest standards – safety standards – and based upon that there will be a procedure so that, you know, the each power station are very safe, up to this new criteria and after it is certified it will restart. So at this moment we don’t have any particular schedule for restarting but until that happens Japanese economy is under severe strain because we’ve got to import more oil and necessary natural gas. So we are increasing our import and in order for that to be smooth and stable we need countries like United States who are much more willing to export to Japan

Russ: Okay, well and as you well know the United States is probably more willing than ever to export.

Nozomu: Yeah, yeah, that’s quite fortunate for us, yes, yes.

Russ: You know, in my opinion Mr. Takaoka the Japanese society is very civilized and it seemed like it seemed like it’s a society that perhaps could handle this cut back and change in energy better than any. But I do know from people that have visited in the last year or so, I mean there are big areas where you don’t allow much air conditioning and heating and stuff; is that right?

Nozomu: Oh yeah. Well especially during summer time Japan is very hot and humid like Houston so we need a lot of air conditioning and so but I thinking of the worst period has passed because we have somehow. It’s not question of, you know, the supply, but it’s more about price because you know the Japanese economies we can handle to import; increase in natural gas import from Qatar, our increase oil from Saudi Arabia, we can do that. But that will adapt the cost and therefore we are running, you know, trade deficit first time for the almost, you know, the for decades and so that’s hurting Japanese economy. So as I said, we would like to have a more freer and trade in terms of energy and export from United States will help us very much and if we succeed in that then I hope Japanese economy will have, you know, the more stable current account situations.

Russ: Okay, from what I’ve observed of the Japanese economy though, even really before Fukushima it was really on its way up of improving more so than in decades; was that accurate?

Nozomu: I would say that, you know, the present of the cabinet of the government has strengths and, you know, the economic policy this is 3 arrows. So, putting off, you know, pressure by active financial policy and also active investment and also strong deregulation, yeah, using such momentum as trade, Trans Pacific Partnership – TPP and all these 3 arrows I am sure – and actually the, stock price – has increased, like 40% after Prime Minister Abbot took office, so I hope this trend will continue. Biggest challenge for us is, you know, the population decrease; and, we used to have, you know, what they call – population bonus because Japanese population was expanding, so naturally economic progress, economic growth. But now population is shrinking so we’ve got to expand more I mean in terms of this technological innovation and you know how to do that, so those 3 arrows I think will help.

Russ: Really good, well good luck with that and Mr. Takaoka thank you so much for sharing your perspective with us and thank you for being part of Coffee with the Consul.

Nozomu: Yeah, that’s my pleasure, thank you very much, yeah.