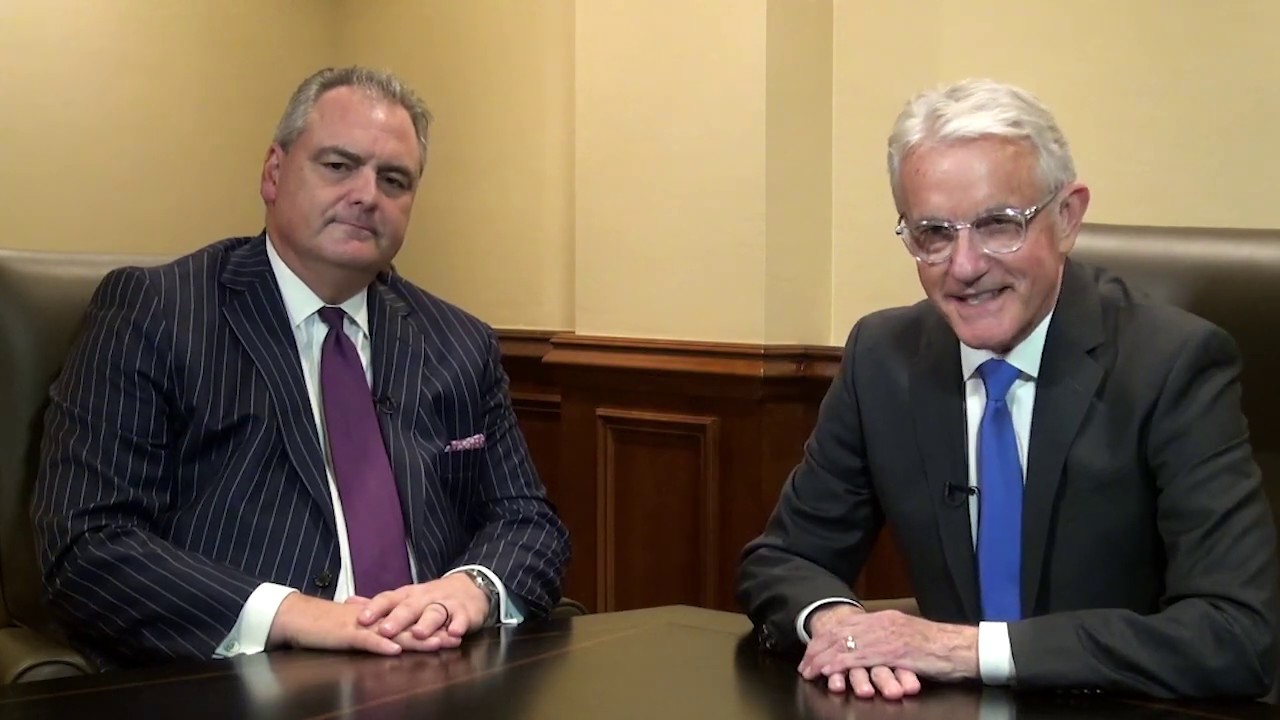 Russ: This is PKF Texas – Entrepreneur’s Playbook. I’m Russ Capper, this week’s guest host, and I’m coming to you from the Gulf Coast Regional Family Forum. I’m with Del Walker, Tax Practice Leader at PKF Texas, and founding organizer of the forum. Del, great to have you.

Russ: We’ve completed now, your fourth, and this is my fourth interview with you after the completion.

Del: I know, and we are still so young, aren’t we?

Russ: That’s true, absolutely. But share your perspective from this 2019 version.

Del: We tried some things differently this year, a little bit. We’re always asking for feedback from our participants, and we’ve got some thoughts that were a little different than we’ve done in the past.

Ambassador Djerejian – we could have had a whole event listening to him. I mean, his wisdom, his experience, his stories. That’s a treasure, isn’t it?

Del: It’s an impressive local treasure and he’s done this – he worked for republican presidents, democratic presidents. You can just tell people are on the edge. Scott Clemons from Brown Brothers Harriman, I mean, starts the day. Two years in a row, he’s great at what he does. He’s super smart—

Russ: I got to spend time with him in here interviewing him. He’s going to be on the Entrepreneur’s Playbook.

Del: Did you? I’m looking forward to seeing that. He’s able to talk about high-level things but bring you along for the journey rather than leave you behind. That is always tremendous from that standpoint.

We had some great panels in the afternoon, you know, talked about Houston and the future. I’m not convinced we’re going to be Detroit, because I think people like you and the panel you had assembled, we’re getting the message; we’re having the wake-up call. The energy panel at the end kind of says there’s some room there for that curve, for that transition, so we’ve got time to work on it but creating a sense of urgency.

Our goal around this is to kind of create a community where—you know, we have folks, like you and others, that have been here and go, “This is great. We’re excited about coming back.” And then, hopefully, maybe they bring somebody new. You brought Blair Garrou this year. And so, there may be someone who comes back to this forum who hasn’t been here, in the future, it’s around 150 people. The community seems to kind of stay about the same, it seems to be the right size, but the goal is to get people exposed to things that probably all of us—we’re smart, we’re educated, we spend time, but we may not have enough time.

If we’re willing to give a day, we’ll walk away and go, “That was good. I got some perspective on some things, maybe a little deeper, a little broader than I would have otherwise, and it made me think. It made me think from an investment standpoint, from a political standpoint, from a futuristic standpoint.” And we touch people a little bit—of our community, we touch people a little bit like that, then I think we’re doing what we set out to do with this. The challenge is going to be not just next year – but four or five years from now. It’s been a good—looking back on it, there’s a lot to be proud of in terms of what we’ve accomplished.

Russ: Yeah, absolutely. The audience and the networking with the audience is just always over the top. Somehow or another you attract a lot of people that are a lot smarter than me, and I like to talk to them all the time and learn from them.

Del: Trust me, I have surrounded myself with smart people. That’s the only thing I can hold to my credit is, you know, you want a room filled with people that are brighter and smarter than you and have something to share. I found that—we both, neither of us are native Houstonians, right? We both have been here several decades. We’ve talked about this before. I find that current Houstonians, whether natives or not, they want to help, they want to meet, they want to look for solutions. I think we foster an environment where that kind of stuff takes place.

Russ: Actually, for the record, I’m not a native Houstonian; I’m pretty new. I didn’t come here until 1973. I’m just checking it out. I’m thinking about staying now, too.

Del: Well, that’s good. See, I’m much younger than you. I came in 1991, so you know, not a native, but I kind of have this intrinsic rule that if you bust a decade or two, you’re a secondary protocol native from that standpoint.

Russ: I don’t know if you’ve made this decision, but is there going to be a fifth Gulf Coast Family Forum?

Del: I think that’s the vision. We haven’t set a date or things of that nature. We go through this process – we kind of debrief. What I do for a living is in reference to tax, so it’s kind of busy for the next month or so, but Bill Rankin and I step back, along with our team, in the next month or two and debrief. I expect there will be another one about this time of year, late February or early March, and the challenge will be to equal or exceed what we did this year, from that standpoint.

Del: Always a pleasure. Thank you for everything you do, Russ. Thank you.

Russ: You bet. And that wraps up my discussion with Del Walker with PKF Texas. This has been another Thought Leader Production, brought to you by PKF Texas – The Entrepreneur’s Playbook.